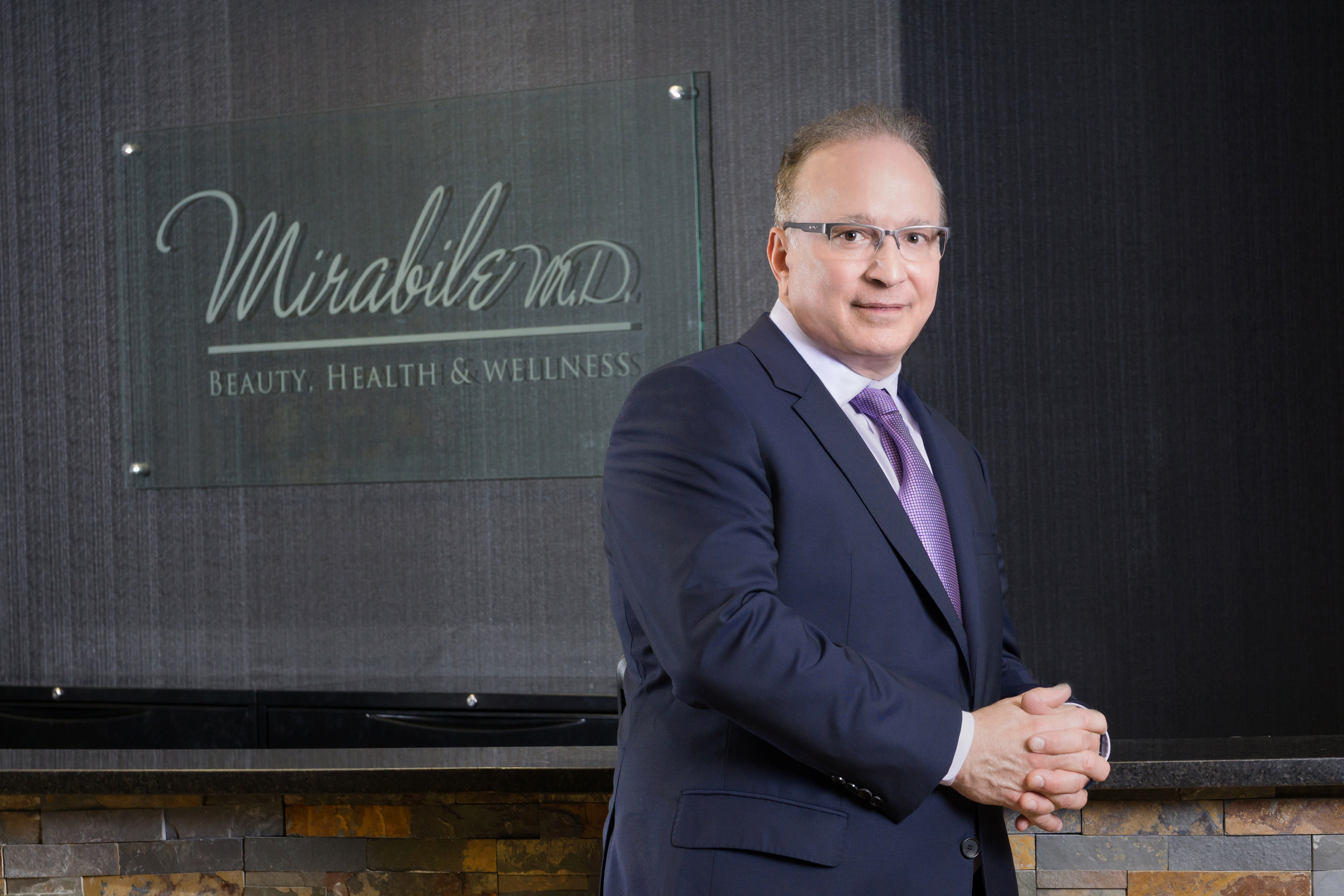 Overland Park, KS – Cutera, Inc. (Nasdaq: CUTR) (“Cutera” or the “Company”), a leading provider of laser, light and other energy-based aesthetic systems for practitioners worldwide, announces the appointment of James Mirabile, M.D., founder of Mirabile M.D. Beauty, Health and Wellness, to the company’s Medical Advisory Board.
Cutera’s Medical Advisory Board brings together a prestigious group of world-renowned physicians to offer insights and guidance relating to current treatments and technology, as the Company develops innovative, future products in their pipeline.
Dr. Mirabile is a board-certified Gynecologist based in Overland Park, Kan., and well-respected for his work in obstetrics, gynecology, bioidentical hormone therapy, medical cosmetics and medical weight loss. Having been at the forefront of laser technology since the 1990s, he brings over two decades of experience in medical and cosmetic laser treatments.
“Dr. Mirabile joined Cutera’s Physician Luminary Program in 2017, which educates physicians and medical professionals about the use of laser technology in non-surgical skin care, and now we are delighted to welcome him to our Medical Advisory Board,” says Marina Kamenakis, Sr. Vice President of Marketing and Clinical Development at Cutera, Inc. “A top physician and pioneer in gynecologic laser treatments, Dr. Mirabile has trained thousands of doctors on non-invasive and minimally invasive treatments, and it’s his expertise in aesthetics, as well as women’s wellness, that makes him a highly valuable addition to the Board.”
“It’s an honor to be associated with such an esteemed group of aesthetic providers and Cutera, the leader in the cosmetic sector,” says Dr. Mirabile. “The Mirabile M.D. Beauty Health and Wellness team is proud to utilize all of the Cutera devices—we know from experience their ability and commitment to provide the best of aesthetic medicine. I look forward to expanding our services with future laser and RF devices as Cutera continues to develop the finest, cutting-edge energy-based portfolio in the industry.”
###
About Cutera, Inc.
Brisbane, California-based Cutera is a leading provider of laser and other energy-based aesthetic systems for practitioners worldwide. Since 1998, Cutera has been developing innovative, easy-to-use products that enable physicians and other qualified practitioners to offer safe and effective aesthetic treatments to their patients. For more information, call 1-888-4CUTERA or visit www.cutera.com
About James Mirabile, M.D.
James Mirabile, M.D. is a board-certified Gynecologist. He is well respected among patients and colleagues in the Kansas City metro area for his work in obstetrics, gynecology, bio-identical hormone therapy, medical cosmetics and medical weight loss.
Dr. Mirabile began providing obstetrics and gynecology in 1992. He has built a reputation of providing a professional, friendly atmosphere. After delivering over 7,500 babies, Dr. Mirabile stopped Obstetrics and now concentrates his areas of expertise in Gynecology including minimally invasive gynecological treatment and bio-identical hormone therapy to treat peri-menopausal and menopausal women. In 2013, Dr. Mirabile’s team began offering bio-identical hormone replacement therapy to men who are suffering from low testosterone and andropause (the male equivalent to menopause), using SottoPelle therapy. Dr. Mirabile is proud to have served on the SottoPelle Advisory Board and to have served as SottoPelle’s National Medical Director. Dr. Mirabile and his team have provided training to SottoPelle providers from all across the United States.
Nationally, Dr. Mirabile is known as a pioneer in cosmetic laser treatments. Dr. Mirabile was on the forefront of laser technology in the 1990’s and has trained thousands of doctors around the country on laser treatments and incorporating non-surgical cosmetics into their practice. In 2017, Dr. Mirabile was invited to be a Physician Luminary for Cutera, educating other physicians and medical professionals about the use of laser devices in non-surgical skin care. Since opening MedCosmetic in 1999, Dr. Mirabile and his team have offered patients effective, non-surgical cosmetic treatments for many common skin conditions.
In 2010, Dr. Mirabile added Medi-Weightloss to his practice helping men and women to achieve their goals of weight loss and overall health. This physician-supervised weight loss program has phenomenal results. Dr. Mirabile is proud to have spent a number of years on the National Medi-Weightloss physician-owner advisory board.
Dr. Mirabile is listed as one of the “Top Physicians” in the United States by the Center for the Study of Services in Washington, DC. He has also been awarded the “Physician of the Decade Award”, voted upon by his peers, and listed in Squire Magazine. Dr. Mirabile’s peers have also consistently voted him “Top OB/GYN” since 1994. He is listed in the Kansas City Magazine 10 years in a row as one of the “SUPER DOCTOR’S” also voted upon by local peers and in 2016 became a part of the “SUPER DOCTOR’S” Hall of Fame.
Dr. Mirabile completed his undergraduate work at Creighton University and earned his medical degree from the University of Missouri at Kansas City. He trained in Chicago, Illinois at Mt. Sinai Hospital and St. Joseph Medical Center, an affiliate of Northwestern University.
When Dr. Mirabile is not seeing patients, he enjoys traveling with his wife Vicki and visiting their grown children living in New York.

Drink up! The power of hydration.

Take your weight loss goals to the pros

Catch some zzz’s, lose the pounds